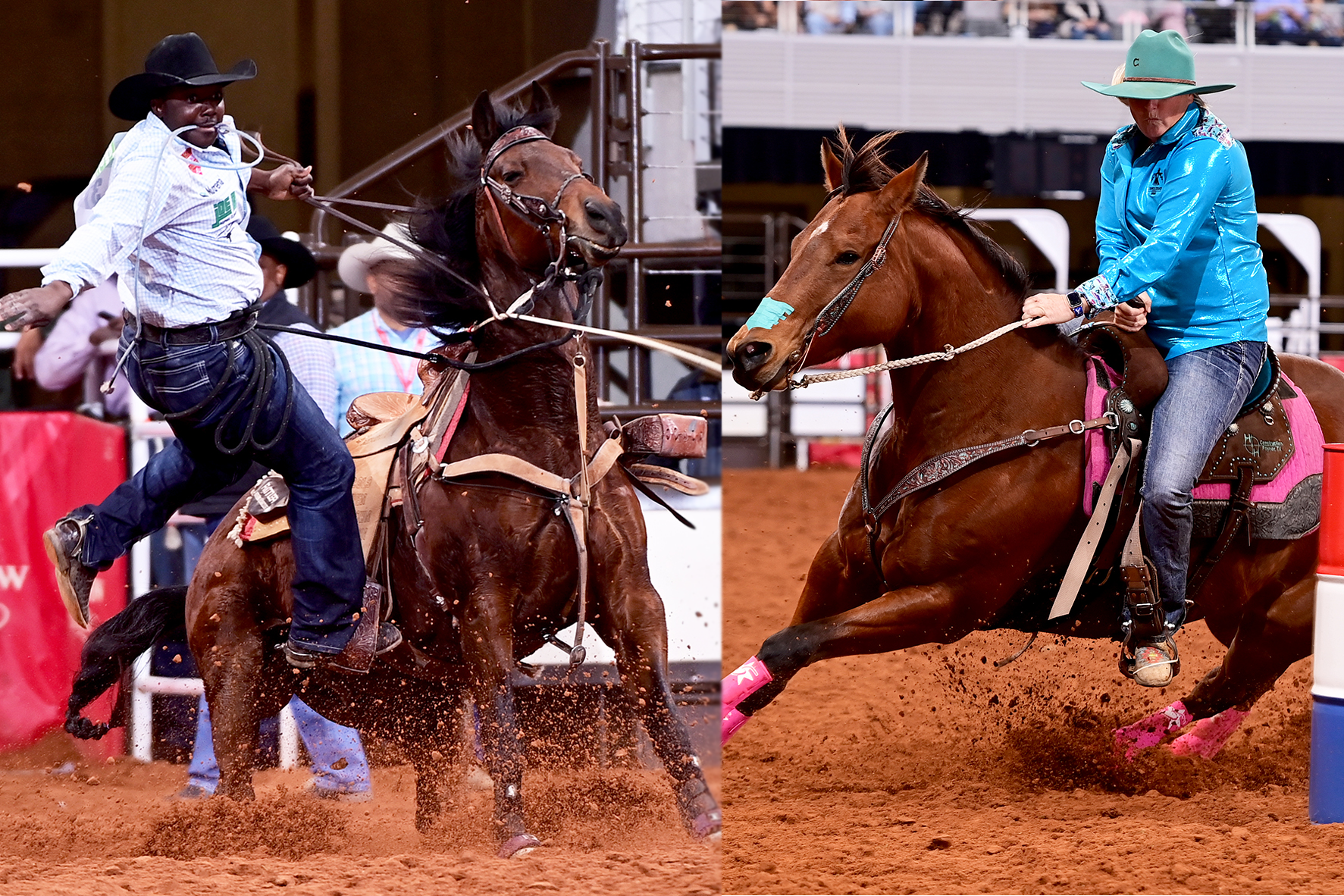 FORT WORTH, Texas (January 16, 2023)—The Cowboys of Color Invitational Rodeo presented by T39 Telemundo took center stage in Dickies Arena on Monday at the 126th edition of the Fort Worth Stock Show & Rodeo (FWSSR).

The event includes a rodeo opening ceremony and incorporates traditional rodeo pageantry and patriotic music along with “Lift Every Voice and Sing,” often referred to as the black national anthem.

The theme of this year’s competition seemed to be repeat champions and winners in three events were also winners here last year. Trevor McCaslin of Glenpool, Oklahoma, scored 73 points to tie for first place in the ranch bronc riding with Marcus Verser of Spencer, Oklahoma. McCaslin was the sole event winner in 2022.

Grady Payne of Stephenville, Texas, was the next repeat winner, taking first in steer wrestling with a time of 4.3 seconds. Payne’s time was three-tenths of a second faster than second-place finisher Chase Crane of Clearview, Oklahoma.

While the tie-down roping was the first event to crown a new champion in 2023, the winning name was a familiar one. John Douch of Huntsville, Texas, qualified for his first National Finals Rodeo this past December and finished fifth for the tie-down roping world championship. His younger brother Koby was the champion at the 2023 Cowboys of Color Rodeo in Fort Worth.

Liza Shannon of Kilgore, Texas, was the only barrel racer to best the 17-second mark. Her time of 16.99 seconds earned her a second consecutive Cowboys of Color championship here.

The competition was also tough in the junior bull riding with Evan Grubaugh of Forney scoring 74 points to win first place. Second was Caden McClain of Floresville with a score of 71.

The Cowboys of Color Rodeo, founded by Cleo Hearn, brings cowboys and cowgirls of all races and cultures together for events which help fund scholarships to assist young competitors in attending college.

The 126th edition of the Fort Worth Stock Show & Rodeo continues through February 4 at the Will Rogers complex. Tuesday is Dickies Day at the Stock Show. Those wearing Dickies apparel receive free grounds admission. The first night of the audience favorite Bulls’ Night Out – PRCA Xtreme Bull Riding begins at 7:30 p.m. Tuesday in Dickies Arena.

FORT WORTH, Texas (January 26, 2023)—The following are results from the Cowboys of Color Invitational Rodeo at the Fort Worth Stock Show & Rodeo, Monday, January 16, 2023.