Cody Johnson To Perform New Single "Til You Can't" On The Kelly Clarkson Show Friday Jan. 7, 2022

Cole Swindell Launches His Headlining Down To The Bar Tour Kicks off February 17, 2022 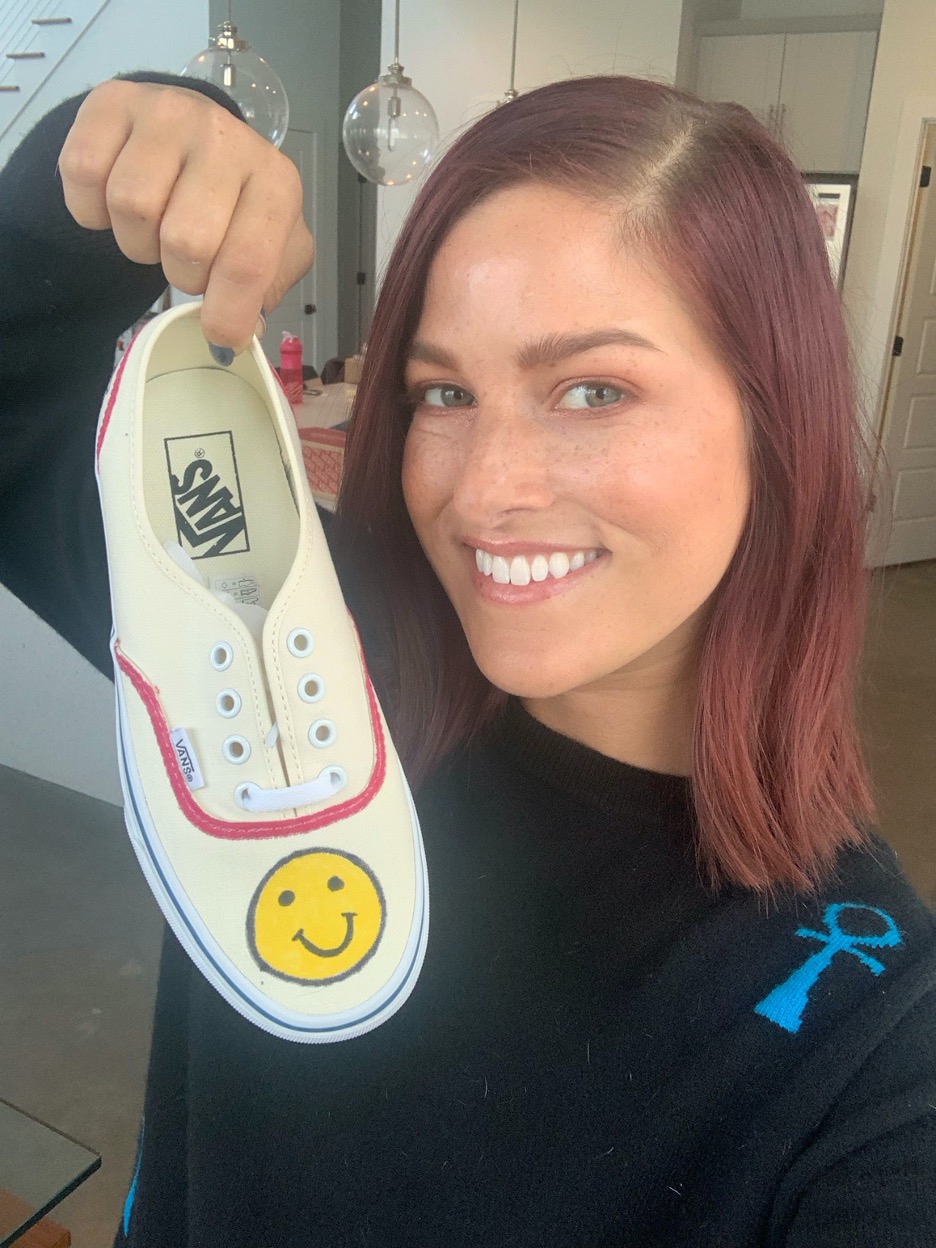 (November 30, 2021 – Nashville, TN) Grammy-nominated singer-songwriter, Cassadee Pope, is partnering with RallyUp on Giving Tuesday for a special raffle benefitting self-care non-profit, To Write Love on Her Arms. Cassadee, along with some creative friends, have created four one-of-a-kind Vans shoes that will be available for purchase through the raffle which will goes live today on Giving Tuesday. To Write Love on Her Arms is a non-profit dedicated to presenting hope and finding help for people struggling with depression, addiction, self-injury, and suicide.

Each painted pair of Vans shoes will align with a specific track from Cassadee’s latest album, THRIVE. The album was produced by Nickolas Wheeler (The All-American Rejects) and Karen Fairchild (Little Big Town) – who will join Cassadee in creating shoes for this raffle alongside artist, Tyler McPeak. The shoes will correspond with tracks, “What The Stars See,” “Say It First,” “Tomorrow Night,” and “Thrive.”

This Fall, Cassadee released her latest album, THRIVE. The project blends the two genres of music that Cassadee pulls her influences from – Country music and Pop-Punk, which was how many were introduced her during her time fronting the band, Hey Monday. THRIVE is a harmonious collection of songs that represent where she is at in this stage of her life: happy, confident and healthy. Produced by powerhouses, Nickolas Wheeler (All-American Rejects) and Karen Fairchild (Little Big Town,) this labor of love is a true reflection of Pope’s growth as an artist and willingness to expose herself emotionally to the world.

Cassadee Pope is a GRAMMY-nominated, Platinum-certified singer-songwriter who is gearing up to release her ninth career album, THRIVE on October 15, 2021. The album’s first single, “What The Stars See” was co-written by Cassadee and features Karen Fairchild (Little Big Town) and Lindsay Ell in a raucous anthem about longing to see what a past partner is doing since going separate ways. Cassadee performed the track on The Kelly Clarkson Show, where she also revealed the title of her latest album, THRIVE. This latest project is a career milestone for Cassadee — she wrote or co-wrote every song, blending influences from her pop-punk days fronting the band Hey Monday, and the country music storytelling and songwriter that she now calls home. Last year, she released her first acoustic solo album, RISE AND SHINE which was co-produced by Cassadee alongside Todd Lombardo. The collection of original songs followed her critically acclaimed album, STAGES (2019) featuring hit singles “Take You Home,” “One More Red Light,” and “If My Heart Had a Heart.” From fronting rock band, Hey Monday, to winning Season 3 of “The Voice” (2012) and releasing her #1 debut album FRAME BY FRAME (2013), Cassadee has effortlessly re-arranged the lines of Country and Pop. She has experienced tremendous success throughout her career, with the Platinum-selling single, “Wasting All These Tears,” being awarded with “Breakthrough Video of the Year” at the 2014 CMT Music Awards and her #1 hit “Think of You” with Chris Young receiving a 2017 Grammy nomination for “Best Country Duo/Group.” Cassadee has performed on the TODAY show and has been featured in countless notable publications, including PEOPLE Magazine. Cassadee has toured extensively, joining legendary artists Tim McGraw and Dierks Bentley, playing London’s iconic O2 Arena during C2C: Country to Country Festival, and earning the distinction of the only Country artist to perform at 2018’s Warped Tour and joined Maren Morris on her GIRL: THE WORLD TOUR in 2019. Cassadee continued to tour throughout the spring of 2019 as the headliner of the “2019 CMT Next Women of Country Tour,” which brought the franchise outside of the U.S. for the first time ever.

About To Write Love on Her Arms:

To Write Love on Her Arms is a non-profit dedicated to presenting hope and finding help for people struggling with depression, addiction, self-injury, and suicide. TWLOHA exists to encourage, inform, inspire, and also to invest directly into treatment and recovery. Since its start in 2006, they have donated over $2.65 million directly into treatment and recovery and have answered over 210,000 emails from over 100 countries and traveled more than 3.8 million miles to meet people face-to-face at nearly 3,000 events. Each month, they connect with 10 million people online through social media and their FIND HELP Tool fields 3,500 searches made by people seeking affordable, local mental health resources. The organization recently wrapped its 10th annual campaign to honor World Suicide Prevention Day and National Suicide Prevention Week. This year’s campaign revolved around the statement “Another Day With You,” and raised over $270k—surpassing TWLOHA’s initial goal of $250k. The money raised will help sponsor 3,500+ counseling sessions and treatment + recovery scholarships for higher levels of care, as well as connect thousands of people to local resources through TWLOHA’s FIND HELP Tool. For more information, please visit: www.twloha.com.Follow TWLOHA online at: