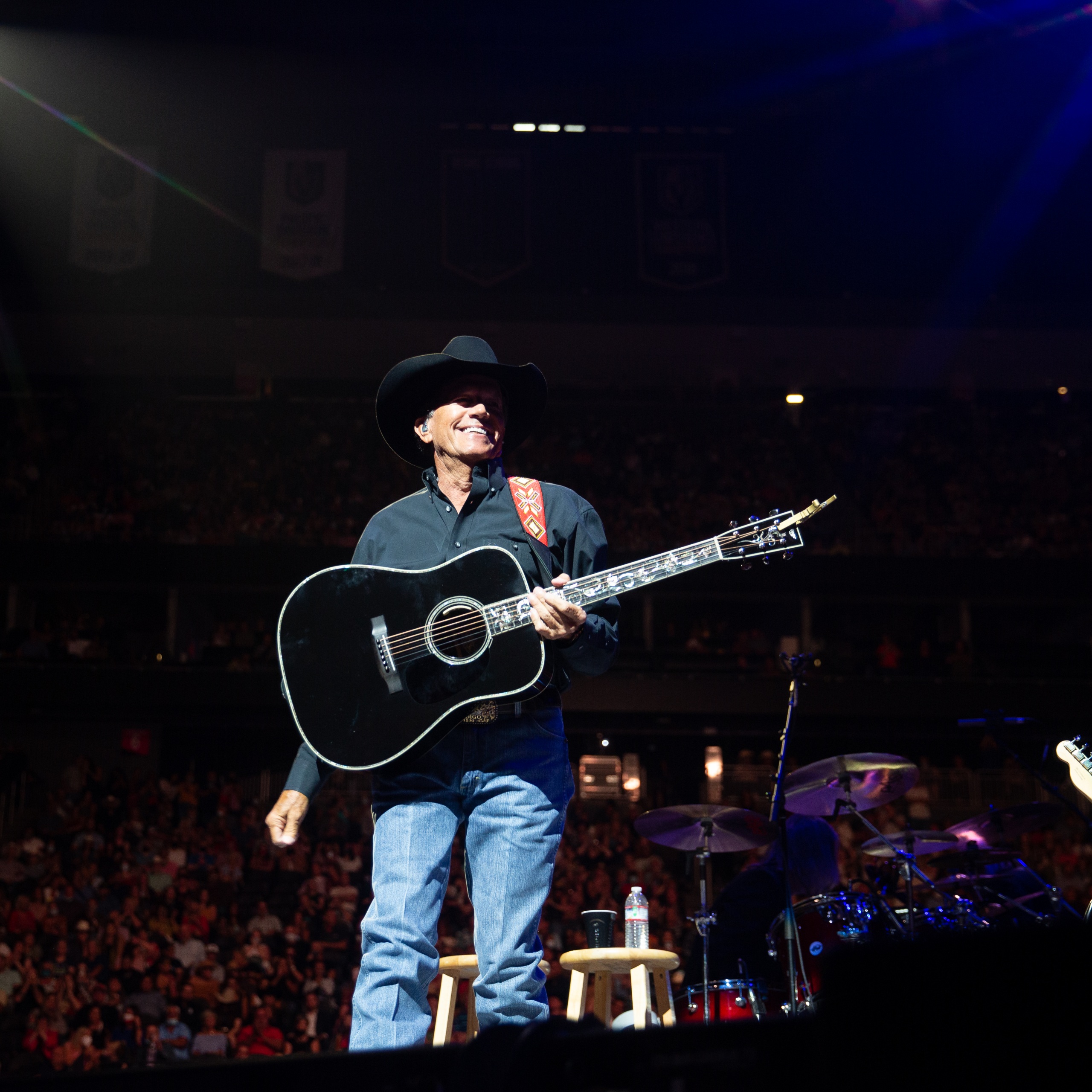 For the first time since February 2020, George Strait stepped onto the stage at his Las Vegas home away from home this past Friday, August 13 and Saturday, August 14. With the two long-awaited concerts at T-Mobile Arena, Strait surpassed 30 total shows throughout his acclaimed “Strait to Vegas” series which began in 2016.

Joining the Country Music Hall of Fame member for the upcoming shows are special guests Caitlyn Smith in December and Tenille Townes in February. Tickets to all four dates go on sale to the public next Friday, August 27 at 10 a.m. PT via Axs.com with presales beginning this Wednesday, August 18.

As previously announced, Strait will also headline both weekends of Austin City Limits Music Festival on October 1 and 8, respectively, before taking the stage at Atlanta’s Mercedes-Benz Stadium alongside Eric Church on November 5 for a special “The King & The Chief” iteration of the ATLive festival. Strait will also play Minneapolis’ U.S. Bank Stadium on November 13 and will return to the Houston Livestock Show and Rodeo on March 20, 2022 for his 31st performance at the event. For more information on all upcoming shows and how to purchase tickets, visit www.GeorgeStrait.com.