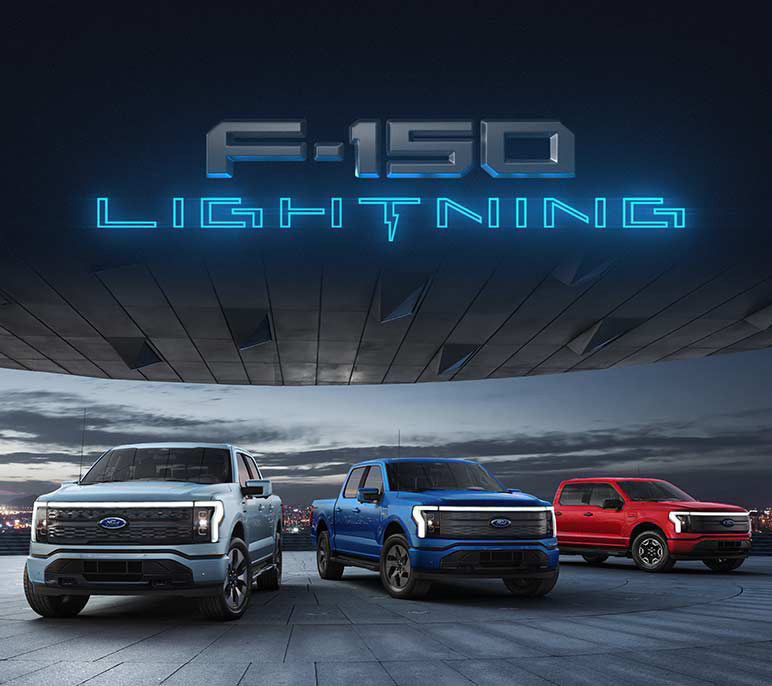 GOODYEAR, Ariz., June 3, 2021 /PRNewswire/ — The 2022 Ford F150 Lightning was just announced, and it is expected to be the first electric pickup truck for wide distribution in the United States. Ford already has added a zero-emissions van to its fleet choices, supporting the efforts of businesses to go carbon neutral.

Delivering range and capability were the first two challenges that Ford had to overcome. It seems they achieved it with a 230-mile EV range and a 426-horsepower system. With the advanced battery, the range is 300 miles and horsepower is 563. Both batteries produce a remarkable 775 pound-feet of torque.

“The typical commercial customer drives less than 174 miles per day,” said Alex Medina, Rodeo Ford General Manager. “They should have no trouble with the 230-mile range. If they need more power, they can get charged up during a lunch break.”

While many EVs have come to the market at prices far above the average gas-powered model of similar size and type, the 2022 Ford F150 Lightning Pro will have an MSRP of under $40,000. This pricing is before the application of a federal tax incentive. It also includes a 32-amp Ford Mobile Charger.

“Ford is pricing these trucks to be competitive with its other commercial F150s, and this will make it possible for fleets to start replacing traditional trucks with electric ones,” said Medina. “Obviously, there is a big incentive for companies to reduce fuel costs. Plus, the F-150 Lightning should lower maintenance costs by 40 percent over 100,000 miles of use.”

The adaptive monitoring system will track the truck’s battery range. It can even factor in such things as the terrain and weather. The system can also direct drivers to the closest charging station.

Adding to the truck’s abilities, Ford is offering Onboard Scales. This feature can determine the weight of the payload and further refine the range calculations.

The Lightning will be equipped with Ford Co-Pilot360™ 2.0 to keep the truck out of accident scenarios and SYNC® 4 to entertain and inform with two 12-inch screens. Ford’s exclusive Pro Power Onboard provides built-in AC power sources that can be used to operate power tools at a worksite.

For its initial release, the 2022 Ford F-150 Lightning will have a two-row cab and a 5.5-inch bed. A 4×4 drivetrain is standard, ensuring that it can travel easily on unpaved worksites. Up front, Ford has put a Mega Power Frunk, a 14.1-cu.ft. trunk.